This RadeonPro's blog at Blogger.com is no longer being updated, for updates about RadeonPro, visit http://www.radeonpro.info/

Tomorrow, Feb/26, AMD is going to introduce a new tech called by TressFX, in their words: A NEW FRONTIER OF REALISM IN PC GAMING 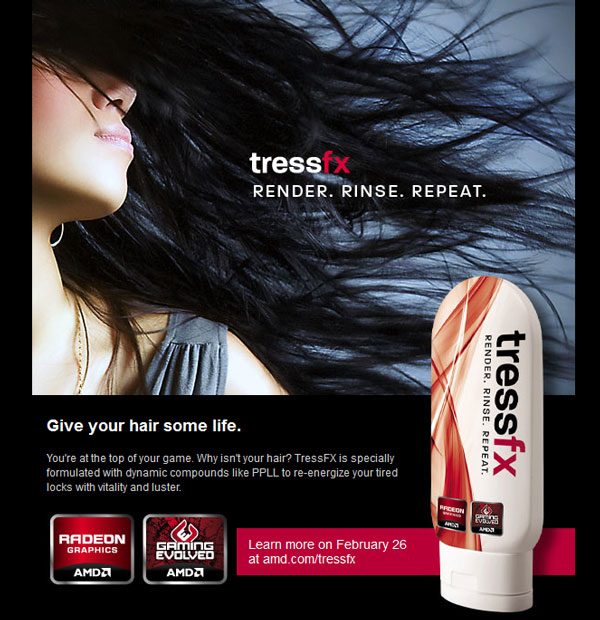 I guess it's something related to physics calculated on GPU. Anyway, is nice to see new features coming up, there'is also another top secret DirectX 11 feature going to make its debut on upcoming Tomb Raider game, which is an AMD Gaming Evolved title. Maybe they're related? We'll see…

A month ago the RadeonPro Community made its debut, since then lots of questions have been asked and answered, solving (hopefully) most of issues found by RadeonPro users.

The Community is a great place to trade tips and tricks about RadeonPro, though there's a lot of stuff that don't fit well into the Q&A system used there. To fill that gap I am starting a new forum today.

Let the discussions begin!
Posted by John at 8:52 PM No comments:

Have questions about RadeonPro or wanna share your experiences or thoughts with other RadeonPro users? The Community is the place to ask, answer and interact, join us!